You usually don't think of Spain when it comes to cheese. The truth is, the Spanish use cheese in many of their dishes. They have been making cheese for 100's of years and I decided to try one of their traditional cheeses that is meant for tapas. This is actually one of the most popular and used cheeses in all of Spain. The interesting thing about this cheese is that isn't just made out of cow, goat, or sheep milk....it's made from ALL of them put together! 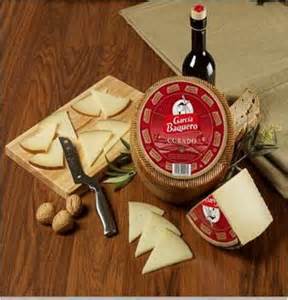 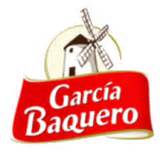 History
Iberico is often described as being just like Manchego, the most famous Spanish cheese here in the United States. I haven't tried that yet so I can't really compare them. Iberico cheese is made by mixing cow, goat, and sheep milk altogether to create a unique special milk. The amount of each isn't exact and it really depends on the season and availability for each milk but no matter what, this cheese will always have all three kinds in it. Usually the cows milk makes up at least 50% of the mixture. The cows milk gives the cheese its flavor, the goats milk gives the cheese its white color and tartness, and the sheep milk adds richness. When you put all 3 together you get the Iberico! This cheese also melts well, which makes it very useful in omelets, sandwiches, soups, or for tapas. 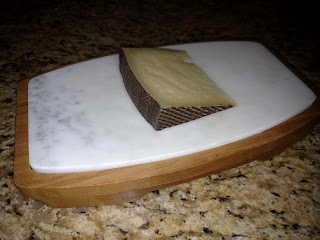 Taste
This truly was like no other cheese I had ever tried before because this was a mixture of 3 different types of milk. The package says, "Recommended: Eat 7 days after opening," well I couldn't wait that long and had to have it right away. This particular cheese was aged for 6 months. It was a very oily cheese and had a very strong smell. It specifically says to not eat the rind, so I didn't. It had a very strong taste, I can't say I could tell it was a mixture of different milks but it definitely was different. It reminded me somewhat of Beemster Valaskaas but not as sharp. It was tangy and nutty but also sweet. For a hard cheese it was fairly creamy but I guess was the sheep milk component. 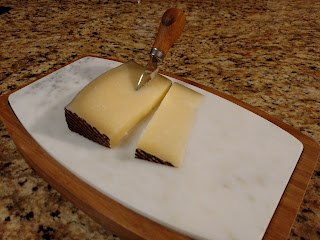 This cheese would be great with any Spanish red wine or Pinot Noir. It could also go with a white wine, try Sauvignon Blanc. You could serve this cheese on a cheese board but due to its oily nature, pairing might be tricky. "Hard Cheeses From Around the World," might be a good cheese board idea!

I enjoyed my first cheese from Spain and I will definitely be trying more of their traditional cheeses. I will give Garcia Baquero Iberico an 8 out of 10, just because it was a bit oily. I will give them the benefit of the doubt and say eating it 7 days from now might make it even better as the package instructed. I really suggest this cheese if you're making Tapas or any other Spanish dish, I can see where it would be useful in adding delicious flavor.

Thank you for reading my review and be sure to check out the next entry in this series!


Cheese Fact:  The first makers of Swiss cheese thought the holes were imperfections. They tried to make the cheese without holes but failed. Can you imagine a world without all the references and the famous Swiss cheese if it didn't have its signature holes???