Sometimes the best cheese can be found right here in America. There are several states that claim to have the best cheese but Wisconsin wins all the right arguments. One cheese making family has been producing fine cheeses for years, their experience has led to many awards. For my tenth entry, I decided to try one of their originals, the Bella Vitano Gold, and it isn't just a clever name, it also won a gold medal at the 2013 Wold Cheese Awards. I can't pass up a chance to taste a gold medal winner. 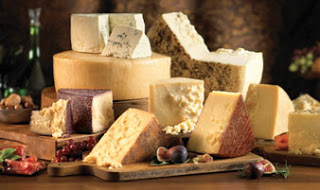 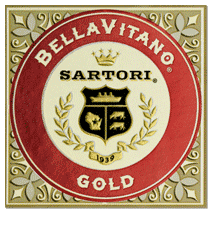 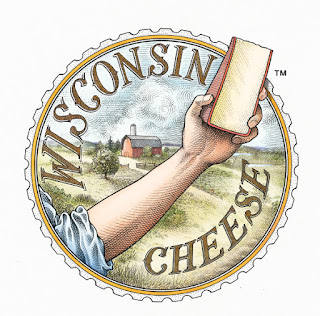 History: The Bella Vitano Gold is a Sartori family original. It was inspired by Italian farmstead cheese. The Sartori company is big on Italian cheeses but they state their Bellavitano is where their artisan cheese making began to shine. It was first made in 1999 and has won many awards, including a gold medal at the 2013 World Cheese awards and Grand Champion at the 2013 World Dairy Expo. All of Sartori's Bella Vitano cheeses are derived from their Gold. 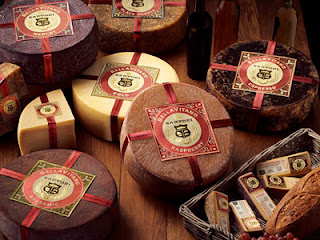 Taste: I'm not going to lie, when I know a cheese has won a gold medal, and especially, multiple awards, I expect a lot in the flavor department. The Bella Vitano Gold delivered. It didn't have a strong aroma and it looked and felt much like a parmesan. I was surprised at how creamy the cheese was when I cut into it and tasted it. I was expecting a hard cheese but somehow the Bella Vitano was pleasantly creamy and smooth. 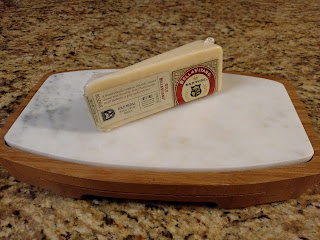 At first the flavor reminds you of a parmesan but it certainly is different. It has a nutty fruity flavor and although sharp, it isn't overpowering. In fact, I'd say it had just the right amount of sharpness. It did crumble, but only slightly. There were calcium crystals in it but very few. The texture becomes smooth in your mouth despite being a hard cheese. It even leaves you with a buttery after taste. In short, it was VERY good. I enjoyed it and continued to go back for more. 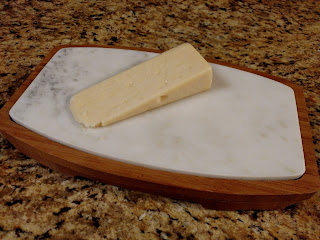 It was $6.35 for 5.3 oz but that really was worth it. It has won so many awards that I feel the Sartori family could justify just about any price. It was a very well-balanced cheese that would be the star in many different uses, cheese boards, wine pairings, fruit, or by itself! I would definitely try it again and since the Bella Vitano has several flavors, you don't have to stick to just one. I recommend starting with the Gold and then move on to other Sartori cheeses. If there was ever a cheese to open the door to an entire company, this would be it. 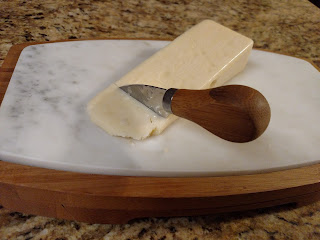 This was my first American original cheese in this series. I'm kind of surprised that it took me a cheese trying trip of 10 before I got to America. I'll give my 10th entry a nine out of ten. It wasn't a perfect cheese because it was kind of boring, but the flavor alone was enough to make you forget that. This cheese may have won a bunch of  awards but if you try it, you'll be a winner but that's just my two cents.


Cheese Fact: The country with the largest consumers of cheese is....Greece! Three fourths of that cheese happens to be Feta.


Thank you for reading and I hope you check back for my next entry in this series!