We love to tune into situation comedies to get lost in their world of antics and crazy situations. Did you ever stop and think about some of the plots to these shows though? Here are few problems that never came up in any of the episodes but always had me wondering how nobody mentioned these things.

Charles In Charge
Oh Charles, in charge of our days and our nights. I want Charles in charge of me as well. Here's what really bugged me about this show. What was the father thinking? I mean seriously come on, what was his thought process? The whole premise of the show was flawed from day one! "I'll just take an attractive college guy, move him into my house to watch over my two hot teenage daughters, leaving him fully in charge of what they can and can not do." Father of the year material right here! In real life the only thing Charles would be in charge of would be paying child support to one or both of those daughters. Pretty sure it is the job of EVERY father, that has girls, to keep boys AWAY, not move them into your house for easy access, not to mention full discretion of rules and childcare.

Clarissa Explains it All
Hold on, father of the year isn't locked up yet! Remember when we'd hear that ladder hit the window sill and an electric guitar would strum while using the whammy bar? Yes, that's just Sam the teenage neighbor boy climbing through your teenage daughter's window. How many fathers out there would be ok with this scenario??? There was never any warning either, he would just randomly crawl through her bedroom window, which was always open if you noticed, so don't think miss Clarissa was so innocent. Then sometimes the dad would walk in and be like, "Oh hi Sam." Right, a teenage boy that just entered your daughter's room without you knowing is perfectly acceptable and then you greet him in a friendly manner? Plus you know about the ladder and you just leave it sitting outside under her window, that's dangerous even with Sam out of the equation! I think father of the year has some tough competition!


Full House
This house was full of something....LIES. So let me get this straight. Jesse's sister Pam was married to Danny Tanner and was the mother of Stephanie, Michelle, and D.J.  Jesse and his parents (also Pam's parents) both have dark hair, as they are of Greek decent. Jesse's grandparents are straight out of Greece. Got that? Danny Tanner, also has dark hair but nothing like the dark complected Jesse and one can guess, his sister Pam as well. HOWEVER, Danny and Pam's daughters are all blonde. Odd...Greek descended girls that are very light skinned and blonde haired. They COULD get their genes from Danny's side of the family but I think there is a much more obvious reason. JOEY IS THE FATHER!!! He is the father of all 3 of those girls, Danny's wife was cheating on him the entire time and there is living proof! Come to think of it, Jesse's twin boys both have blonde hair and are very light complected....JOEY HAS BEEN SCREWING ALL YOUR WIVES FOR YEARS!!! Danny and Jesse never made these assumptions and no one ever pointed out these affair babies.


The Dukes of Hazzard
It pains me to find a flaw with this show but there is a pretty obvious one that even as a 3 year old, I wondered. Did you ever notice that Bo and Luke didn't have jobs? They just drove around all day getting into trouble and ended up at the local bar every night to drink beer. Once in a while you see them doing light farm work but they never have actual jobs that would make money. Daisy worked as a waitress but not sure a family of 4 could live off of that. The farm doesn't seem to produce anything other than goat's milk and we know that Uncle Jesse stopped making and selling moonshine so there is no income there. How did they pay for everything that they needed? I've made a list of Duke Family expenses and as you can see, they would have needed a large sum of money coming in every month.
After compiling this list I am really scratching my head on how the Dukes had so much money to spend on these things. On the flip side, Cooter, the local mechanic, must have been rich from working on the Duke boys' car all the time.


Cheers
I'm not saying if you go to a bar you're a drunk. I'm not even saying if you go weekly you should be considered, by any means, an alcoholic. But, if you go every single night... come on, it's time for an intervention! I'd say Norm, Cliff, and Frasier are all alcoholics based on the amount of time they spend at Cheers. No one ever mentions this in the show though. I guess I can see why the bartenders and owner wouldn't try to get any of their customers help because they want their money. Also I'd like to point out only one of the characters has a New England accent, and it's not as thick as you'd think it should be for being the middle of Boston. 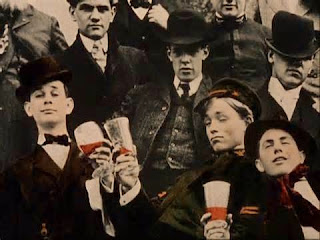 Gilligan's Island
In every episode of Gilligan's Island they attempted to get off the island. Not once did they just try to fix the boat. This always bothered me. I understand there were some big holes in its side, but if you can make huts, tables, chairs, and a radio out of a coconut, how come you can't patch a few small holes??? They clearly show the Minnow in the beginning of every episode and you can see, the damage isn't all that bad. I think they could have made some kind of tar-like substance and used all the trees around them for boards but they never did, they never even mentioned it. Seems like all of their efforts should have been focused into fixing the actual boat on the island, instead of coming up with new wild and crazy escape plans that Gilligan always ended up ruining for the castaways. 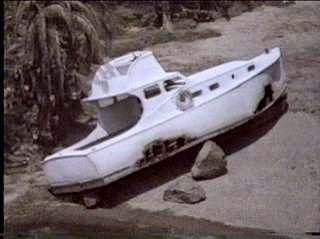 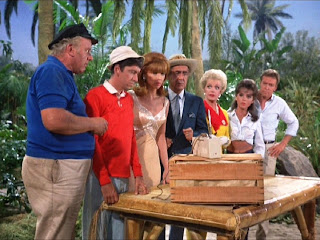 My Two Dads
My two cents on your one problem. So this girl didn't know which of these guys was her father so the judge ordered she had to live with both of them. PATERNITY TEST! HELLO, judge idiot, have you heard of DNA testing? Instead of forcing this girl to live with these two strangers that may or may not have fathered her, she could have done a simple paternity test to find out for sure. In one episode they conduct a DNA test but Nicole doesn't want to find out so the judge looks at the results and doesn't tell anyone. YOU CAN'T DO THAT! You are forcing an innocent, possibly two innocent people, to have a responsibility that might not be theirs. I want to appeal this judge's ruling.

Happy Days
That's right, I'm going to rip on Happy Days, and not only that, I'm calling out the Fonz! What's more, I'm calling his coolness into question. Blasphemy? Well think about this...Fonzie is SUPPOSEDLY the coolest person of all time. That town adores him, revers him and fears him. All he does is point out how uncool and how lame the rest of the high school kids are and how great he is and how much the women love him. Answer me this, who are Fonzie's friends? Doesn't have any you say? What about the biggest nerds in school? Ohhhh, right, his ONLY friends are the big dorks he makes fun on a daily basis. If I was Ralph or Richie I would have said, "You know what Fonz? You can just stop rolling your eyes at us. You're the lamest one here because all you do is say how cool you are but you're not, you have zero friends and you hang out with us, the biggest losers in school which makes you the KING of the losers, why don't you get out of here? We don't want to be seen with a grease headed, leather jacket wearing, motorcycle riding, failed out of high school, STD spreading, poor English speaking dick like you!" What's he going to do, kick their ass? I'd like to see him try when they all gang up on him and out number him. Anyway I never understood how the coolest person in school was friends with the biggest losers in school, doesn't add up Fonz...much like the way YOU can't add anything because you failed out of school you lame ass jerk. Your leather jacket is stupid, I can't believe you wore that while water skiing.

Well, those are some of the problems I had with those TV shows. I do like all of those shows actually and watched them but I never could get over those few things that bothered me. Like, how come Seinfeld constantly wore his sneakers in his apartment? He never took them off when he was at home. Who walks around their house or apartment in shoes all day??? Doesn't that bother anybody else? Oh well, I'll keep watching.