THE STORY OF MY FIRST CAR: PART 2

When I was turning 16 there were a few cars that most of us were getting. Usually a parent was passing down their old family or commuter car to their 16 year old OR they were going out to find a cheap reliable car. These cars were usually right around 10 years old and had never really been all that expensive when the car was new anyway. This formula resulted in several cars for the 16 year olds of the world to choose from and the most common were: the Chevy Cavalier, Beretta, Geo Metro, Mercury Topaz, Ford Escort, Dodge Colt, and the Ford Tempo. Now the Ford Tempo and the Mercury Topaz was the same car. There were several of us in high school that had one of these two cars, (I can think of 5 of us off the top of my head.) 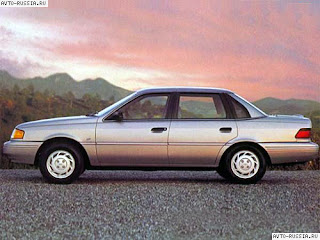 The Ford Tempo was a 4 door car, it was a family car, it was cheap, it was good, and it’s life span was about 10-15 years before it crapped out on you. It’s rare to see one still on the road to this day but once in a great while you’ll pass one, full of rust and multicolored. The white Ford Tempo that awaited me was an 89, and that made it 12 years old, I can’t remember the miles it had but it was only 1,000 dollars. My dad said,  ”It's a thousand dollar junker, they used to call them 100 dollar junkers years ago but I guess 100 dollar junkers cost 1000 dollars today.” 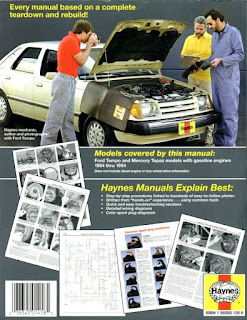 The mighty Ford Tempo, as you can see here, was often in this position for me, with its hood up being worked on.  It wasn't so bad, 5 dollars could take the gas tank from E to full, of course gas was 89 cents a gallon back then. It was a 4 cylinder engine so it was pretty good on gas, even though that wasn't all that important 15 years ago. It had all wheel drive, which was nice becasue it actually came in handy on the icy snowy roads of PA. But the most important part of the Ford Tempo was that it was my first car. 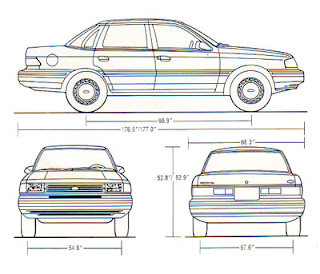