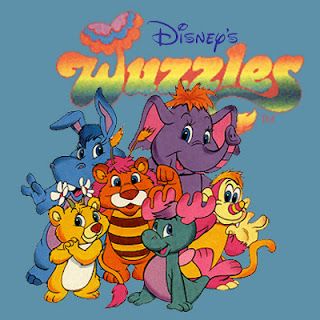 Do you remember the Wuzzles? Well I do. They were a bunch of mixed up animals living in the land of Wuz. That's as much as I remember but I think they missed out on a lot of better animal mixes. I took it upon myself to create the missed opportunities that the original show didn't think about. There could be a come back and these new characters would be the stars of the new show! The crazy mixes makes each one a special and unique animal, and kids will be able to relate to them.


BirdBee: A bird/bee that is obsessed with sex and teaches kids about sex, taken from the popular phrase, "the birds and the bees" which sounds like birds are trying to have sex with bees.


Stank-ass: A donkey and a skunk mix. He will be really stubborn, especially when people tell him how much he stinks. He refuses to do anything about it. This allows kids to see the importance of good hygiene because nobody likes Stank-ass.


Chipmonkey: This is a chipmunk and a monkey cross that looks as cute as a chipmunk but has long arms and a tail. He has no real importance other than loving banana nut bread.


Beer: A bear/deer animal that looks just like a bear but has antlers. Even though he looks scary like a bear, he will be as timid as a deer, showing kids that looks can be deceiving.


Devlhawk: a Tasmanian devil and a hawk. Reminds kids, there are some things in life you just shouldn't piss around with.


Tortoisehare: A rabbit with a shell. It is the only creature on earth that can beat a tortoise in a race. This lets kids know that no matter how good you are at something, there is always someone better and more talented than you.


Smoothbeaver: a naked mole rat and a beaver mix that hates to do hard work, unlike the normal beaver. Instead it likes to lie out in the sun, tanning its beautiful skin. This teaches kids to not be lazy and to not be coincided.

And those were the ones that made my list. If you can believe it, I came up with a lot more that sucked so much they didn't make the list. Even though they were rejects for my list, here they are anyway!

Pigcock: A pig and a pea-cock that makes the best looking animal also the best tasting so it will be the most beautiful thing you've ever tasted!

Horbra: This is a horse with the coloration of a zebra. Turns out to be an extremely boring mix.

Buffalo Bill: A wise-cracking bison and duck mix that is very unfunny. They are constantly trying to make jokes, even when the situation doesn't call for it and they make lame jokes like saying they will pick up the check and then say, "just put it on my BILL!" and then laugh at their own jokes when no one else in the room does.

Groundpecker: A groundhog and a wood-pecker combination that pecks holes in the ground and burrows into trees....this one was flawed from the start.

Blue-tittedboobie: A titmouse and a blue-footed boobie cross that.....well, I think it's obvious why I had to scrap this idea.

Cheetapillar:  I came up with a cheetah with ten sets of legs. I figure that has to be about the fastest thing in the universe, but then I remembered for all the legs a caterpillar has, they're pretty slow things.

Panguin: You take a penguin that has the coloration of a Panda bear. The stupid idiot is the same thing!

Hootster: An owl that crows like a rooster but only at night. This idea angered me so much after I came up with it, that I couldn't have it make my list.

Pigeonrat: A rat and a pigeon, I just took the two dirtiest animals on the planet and put them together. This thing would have the cleanliness of something between a hobo and the bottom of an outhouse. Then I thought, how funny would it be if Pigeonrat was a neat freak and germaphobe and obsessed over cleaning!? Not funny at all was my conclusion.

Honkey: Taking a horse and a donkey and combining them. I was pretty pleased with the name until I realized that we already have a horse and donkey mix in real life and it's called a Mule.      .........my name is better.

Humpedback-camel: You take a humped-back whale and combine it with the two humps of a camel and you get a three humped camel. It's simple math. I'm not sure what a camel needs two humps for, let alone three. Also the name sounds like an oxymoron, although I will say baleen would be good for sifting through desert sand.

Dingopher: A dingo mixed with a gopher makes a red gopher that likes to dig holes out back! If creativity could ever get used up, Dingopher is proof.