Straight out of Germany comes Rougette! Here's a cheese that is 3 decades in the making. You would hope that in that time the cheese would have been perfected. I tried some of this German cheese in my 11th edition and first new tasting for 2016 in my Trying New Cheese series. Germans are well-known for their beer making abilities, so how does their cheese stack up? I found out for myself. 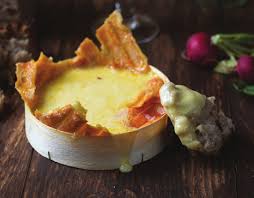 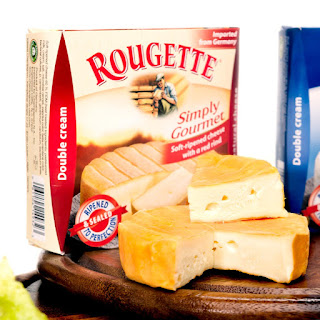 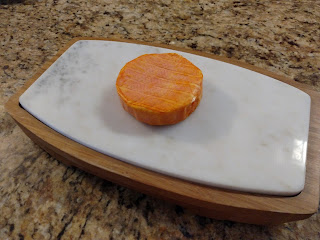 Taste: The Rougette cheese will remind you a lot of Camebert, but it is not the same. It has a pungent smell when you open it and it is soft but not nearly as soft as Camebert, and I liked that. It had the consistency of a Brie, so it held together nicely without oozing. The rind was orange, as is its trademark. The taste was mild but very flavorful. The rind was more like Camebert than Brie, and I didn't mind eating it. Unlike Brie, the taste of the rind didn't seem to overpower the center with its own flavor.  The texture was smooth and creamy and it went really well with the raspberries I was eating at the same time. 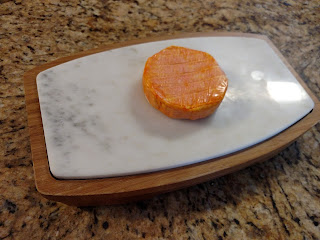 The small wheel was 4.4 oz and at $4.98 that seems a little steep, but after trying it, I feel it was worth it. If you make a cheese board consisting of soft cheeses, you'll definitely want to add Rougette. It is different enough from Camebert and Brie to be a nice unique addition that will offset the other two while it remains a strong member of the same family. 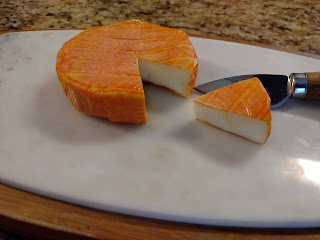 I give the German Rougette an 8 out of 10, and that's as close to a 9 as it can get. I didn't enjoy it as much as Camebert but it was very close. It also cost almost double with being the same size! Eating it with berries is suggested and since this is what I tried, I can tell you that is a very good idea. It goes very well with fruit or fresh bread. It isn't uncommon for this cheese to be placed in the oven and then the top sliced open for dipping purposes. I think the strength of the rind would make it perfect for this kind of use. I recommend trying this cheese for sure.

Germany is known for their beer, stuffed meats, and chocolate, but when it comes to soft cheeses the French have an edge. After trying Rougette, you might find yourself saying Auf Wiedersehen to the French soft cheeses, but that's just my two cents.

CHEESE FACT: For Queen Victoria's wedding in 1840, the farmers in Somerset, England, made a Cheddar cheese weighing 1,100 pounds and measuring more than 9 feet wide! ....it's good to be the queen.