I have decided to make a new series where I review cheeses that I have never tried before. Did you ever see that cheese section in your grocery store with all those strange imported cheeses that you've never even heard of before? I have. Have you also wondered who is eating that cheese? I have. I am now one of those people. I will taste, describe, rate, and give a brief history on each cheese that I try.

My first entry that I am going to try for you, the Port Salut. 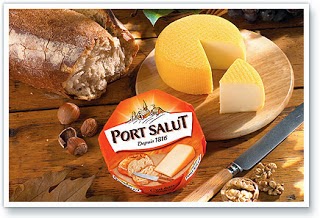 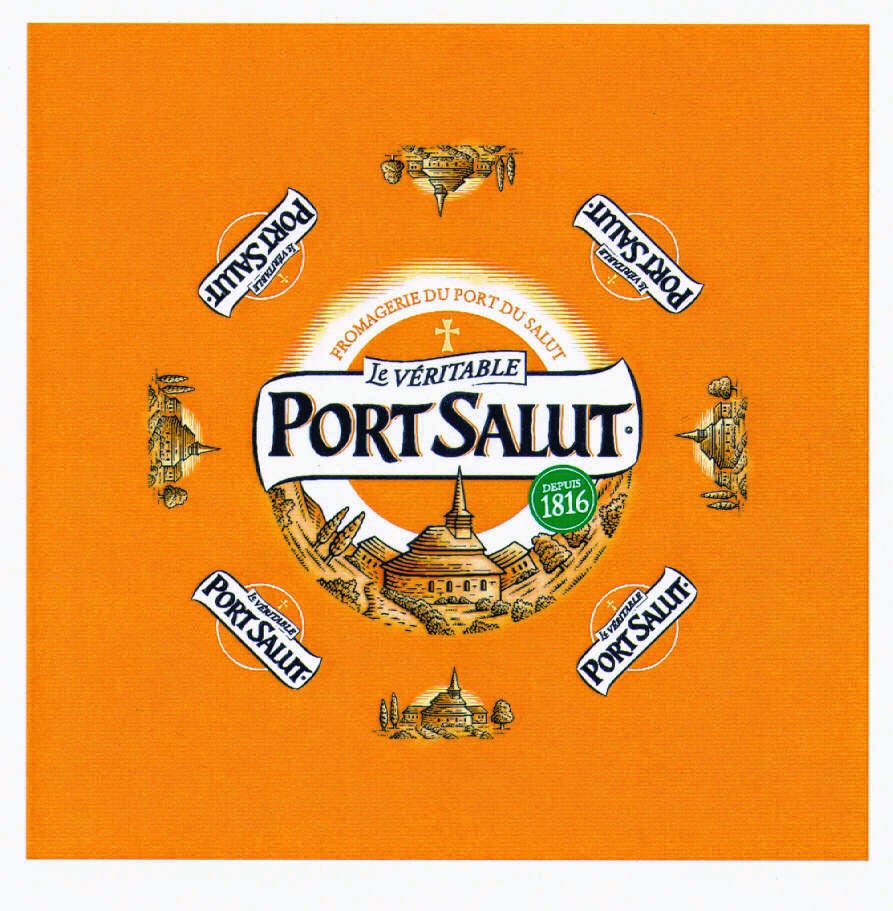 History: The Port Salut or Port Du Salut is a French cheese developed by Trappist monks in the Notre Dame Du Port-Du-Salut Abbey in Entrammes, (some places around the world call this cheese Entrammes). They've been making it since the early 19th century. In 1873 they made a deal with a local cheese supplier and it was sold to locals for the first time. The demand was so great that they started to worry about protecting their cheese rights. The abbey wanted trade protection and the name, "Port Salut" was trade marked for this cheese. They ended up selling the rights in 1959 to a major creamery. Now we all can enjoy this cheese but it is still being handmade by the monks in many monasteries throughout the French countryside.

The cheese comes in a wedge from what is known as a disc. It feels soft and appears to be creamy. Its smell wasn't as strong as I thought it would be, considering it is a rind washed cheese. 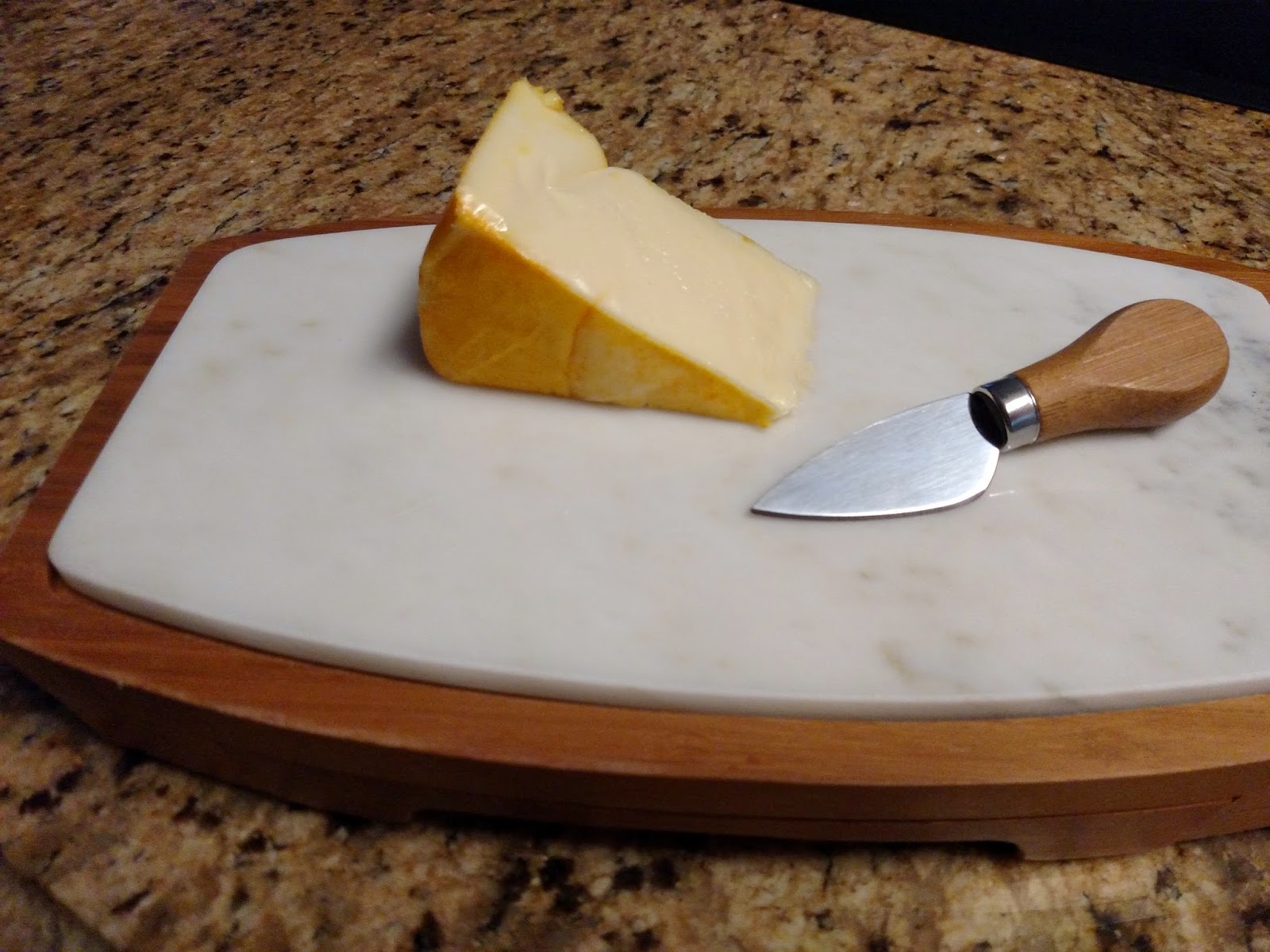 Taste: Seriously probably the best cheese I've ever had. It was amazing. It was very creamy, a velvety smooth texture that just melts in your mouth. It's a tangy sweet flavor as if it is sharp but it is only aged for 60 days. The flavor was intense but subsides quickly, leaving very little after taste, (for cheese that is). I actually couldn't stop eating this and although it was expensive for the amount you get (which is the case for most imported cheese) at $5.99 for 5.03 oz, it was worth every single cent, and then some. Do yourself a favor and try some of this cheese. It would go great with fruit, white wine, or on a cheese board. 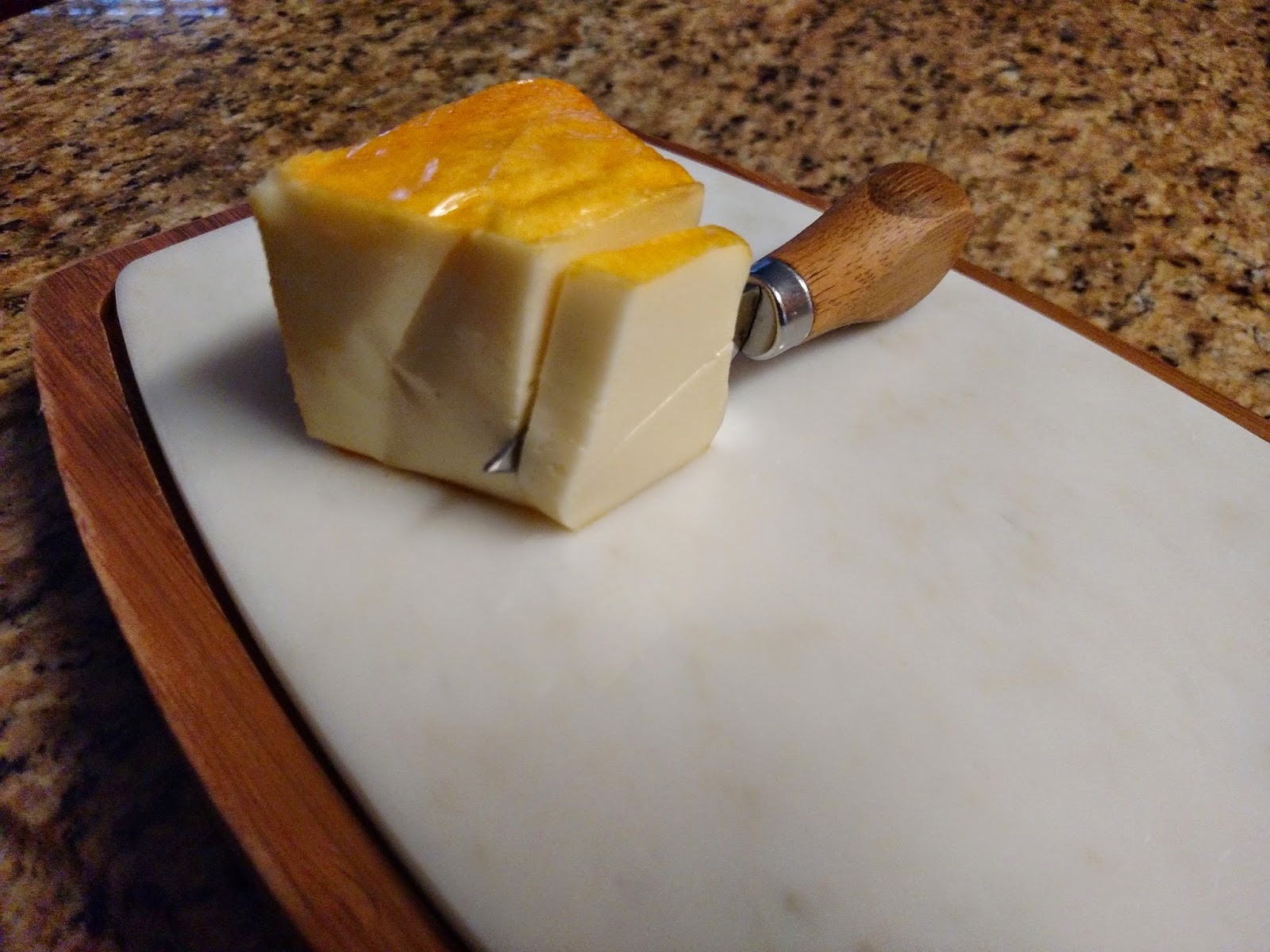 I'm going to give Port Salut my best score ever, and since this is the first review it was going to be the best score no matter what, but even if it hadn't, it is still a 10 out of 10. Delicious is the perfect word for this cheese, just plain delicious. I highly recommend this cheese to any fan of Gouda, Munster, or Monterey Jack, you'll LOVE Port Du Salut. I'd definitely get more and I have to because I ate it all!

This was a cheese made by monks in a monastery and you'll find the taste to be...heavenly, but that's just my two cents!


Thanks for reading and come back to check out my next entry in this cheese series!