There are some bugs I just refuse to kill. Most of these insects or arachnids have earned my respect and the right to live! Some of them are helpful or useful to mankind and therefore earned a free life pass from me. Others are just plain cool and I wouldn't kill them for that one reason. Honestly I have killed many of these bugs on my list, another reason why I have stopped the killing.

Look how cute this thing is, who wouldn't like a lady bug crawling around? With their unmistakeable red with black spots, the Lady Bug is a child favorite.
They aren't scary or harmful in anyway and they say they bring good luck. I remember once in college one landed on my pencil and crawled around my hands all class. I then got an A on the test and was it due to the luck of the lady bug?? I sure didn't study so you make your own conclusion! Either way, I won't kill lady bugs. 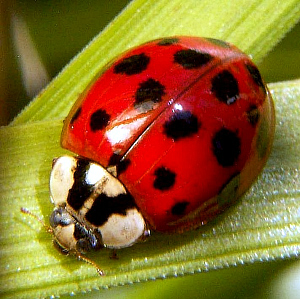 Fitting name for such a long legged bug. There is no reason to kill a Daddy Long Legs is there? I can't see any harm to these gentle killers. Did you know that the Daddy Long Legs is the most poisonous of all spiders??? Their venom could easily take down a full grown human and still have enough kill power to do more damage, HOWEVER due to its tiny mouth, the Daddy Long Legs can't bite us, and so we remain safe! Once when I was 4 I remember my dad telling me if you kill a Daddy Long Legs it will make it rain. I didn't believe that cock and bull story and promptly stepped on one, later that day, it rained. It was years before I realized that was just a coincidence.....or was it??? Yes it was, but I still won't kill them. 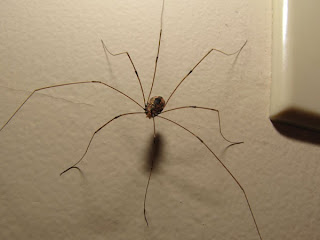 Who likes honey? Not a diabetic? Well.....other than that, we all do! And we have the Honey Bee to thank for that sweet secretion that makes our tea ten times better! "But Andrew they sting people so I hate them." Oh ya? Well they die the instant they sting people so it's a fair trade off don't you think?? Besides, Honey Bees only sting if they are threatened and most stings come from misunderstanding, like stepping on a bee or when a bee hive falls on someones head. Honey Bees also spread pollen and without that we wouldn't have fruits for most vegetables, so think about THAT next time you're enjoying some water mellon or carving up a jack-o-lantern, that was a bee's doing. Honey Bees are the only insect that dances as a way of communicating and how can you not be impressed by that?
If you don't mess with them, they won't mess with you and because of that, I won't kill them. 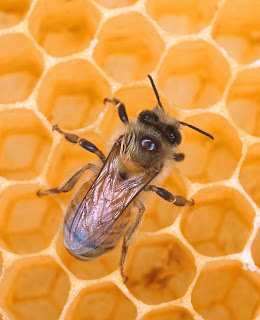 Coolest bug on earth??? Find me a better one. How cool are these guys? They are just awesome, they look like aliens and monsters and robots all rolled into one. Also just the word "mantis" sounds awesome. I had one in my apartment once in college. I caught him and put him on the house plant to live, and once I helped him catch a horse fly. They are so unique looking, even for an insect. Here's a crazy fact for you, in this state they are protected and killing one is illegal! So I guess my no kill policy is trumped no matter what, but then again think about it, what other bug does the state have people step forward and say, "don't kill this." I have never killed a praying mantis and I never will. 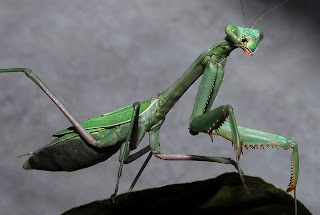 I know it sounds crazy that a guy doesn't skill spiders, trust me, I'm asked all the time to kill them. But I really like them and I see absolutely no reason to do so. They say if there were no spiders we would be over run with gnats and flies. Well I hate both of those stupid bugs so I say, more spiders! I'm also not afraid of them, owning a tarantula named Webster. It's annoying when people say, "I hate spiders." No, you're afraid of them, big difference, what you hate is your own pathetic child-like fear. Sure there are spiders that can and do kill people but dogs kill people too and you never hear someone calling for their husband to come and step on a chihuahua. I sure don't want to be bit by a spider, many have venom that could kill you, but so many more don't. My tarantula is a very shy, timid, gentle creature and people would know that if they just took the time to get to them. Spider webs can be some of the most beautiful things in nature and its amazing how they make and use them. Like them or not, spiders do a lot for us and for that reason, I'll do them a favor and not kill them. This picture is of a pink toe tarantula, just like mine! 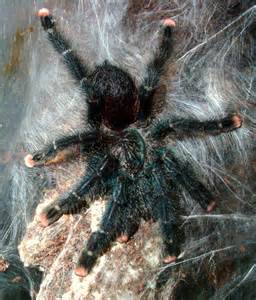 Also known as wooly bears, these moth caterpillars supposedly tell the weather. Not too many bugs can tell the future but there are people that swear by this belief. I don't think it's true myself, but they were a childhood favorite of mine, always easily caught and shy, they would roll up in your hand, unrolling themselves later to walk across your fingers. They were soft and fuzzy and very recognizable in their red and fastidious black. I have always liked these guys and in the early fall time when they are crossing the road I intentionally try to miss them and will swerve out of the way. Think that's going too far? There is a place that holds a wooly bear festival every fall to celebrate these little guys.....that may be going too far. I see no reason to kill them. 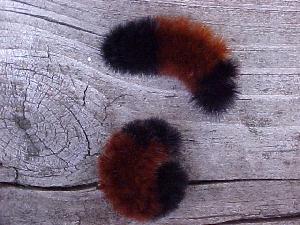 Or fire flies, have butts that light up, how cool is that? As a child I used to spend many summer nights murdering these bugs for no reason, as many kids did. I also caught them in jars. Our back yard always had lightening bugs flying around during the summer nights. Now that I'm older I have come to appreciate the skill that must come with lighting up an entire part of your body. It's very impressive. Did you know that the glow worm is the larvae of the lightning bug? They are harmless but I've killed so many in my lifetime that now, I won't kill a single one. What would summer be for a child without lightning bugs? 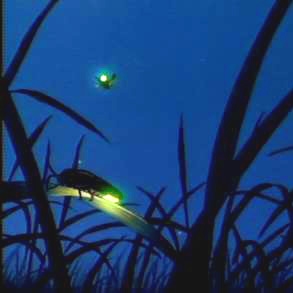 First known as "flutter bys," which makes a million times for sense, are on the list of bugs I won't kill. Give me one good reason why anyone should kill a butterfly? There are none. They are peaceful, graceful, delicate, flower suckers and really neat to watch if you ever get the chance. They also do some pretty amazing things, such as migrating 1,000's of miles. I remember my dad hit a butterfly with his car's radio antennae on the way to Pittsburgh, this butterfly was wrapped around the antennae for 2 hours and when we stopped in Pittsburgh, it actually got off and flew away. The butterfly has definitely earned a spot in my no kill zone. And I ask you, what would old women get tattoos of if we had no butterflies??

Well there you have it, the list of bugs and the reasons why I just don't kill them. Every once in a while I'll add another bug to the list but as for now, the rest will get smashed and squashed and killed without the slightest hesitation. What bugs are on that list? Ants, wasps, moths, gypsy moths, gnats, and mosquitos just to name a few.
Posted by Andrew at 8/06/2013 09:25:00 PM