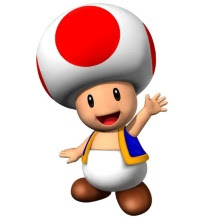 Not since the very first nintendo entertainment system have i enjoyed a game system so much as the Wii.

The wii makes fat lazy gamers have to get up to get involved in the game. You can spend hours and hours playing with this thing and never be bored. Using the controllers to actually move your characters is revolutionary and people better get used to it because the next Xbox that comes out will surely have a similar feature.

People complain about the graphics on the Wii, saying they aren't very good. Compared to what?? The xbox 360 or playstation 3? Those systems have SLIGHTLY better graphics, basically graphics are highly over rated. Games, if they are good, don't need to have good graphics to be fun. Besides all of the Wii games are in 3D so what is the problem? I don't see one here.

Applaud Nintendo for using the same characters and reoccurring games because this is the part of gaming that has remained the same since i was in first grade. Everyone still knows who Mario is, who Link is, and why not use them over and over again? We all loved them the first time, so why not over 20 years later as well? Although playing with a Wii is like playing with a futuristic toy when you're Mario it gives a familiar feel that we all enjoy.

The Wii is not for fat people or lazy people. I imagine if someone was fat and or lazy they would complain about the Wii or even sell it. This system made me sweat today as if i was playing outside, thats how much i got into it and thats the workout it gave me. While playing boxing i was punching the air and sweating so much i thought, how much of this can i take?? Its nice to know the Wii will never give up or get tired of playing, even if i do. Wii also has a game that is just for exercising, that's a great idea but the normal games give you a workout as it is.

All in all i rate the graphics a 9 out of 10 because yes they could be better but again i say graphics are as good as they're going to get for a long, long time. (Face it PS3, your graphics are just as good as the PS2's.) For all of the games that i have played so far i give it a 10 out of 10. Each time i played a new game i said, this was the best game! For the game play itself you have to give it a 10 out of 10 due to the fact that we have never played with something like this before. The list of games out there is only growing each day. For choice in what to play i give it another 10 out of 10. Getting used to using the nun chuck or steering wheel does take some time, but thats the fun of it, besides once you get it, you go from horrible player to expert just like that. I give the ease of play a 9 out of 10 for that reason. All in all the Nintendo Wii is a revolutionary gaming system and will only continue to get better with age. Its no wonder why these things cant stay on the shelves at any store in the US. I give the Wii a 10 out of 10 for overall system.

You may hate the Wii, you may have bad mouthed it or even sold it or given it away but i really do think its the best system to come out SINCE the original NES, and thats saying a lot. But thats just my two cents.
Posted by Andrew at 9/16/2008 10:48:00 PM