What is a Cheese Cave, and when can I move in?? 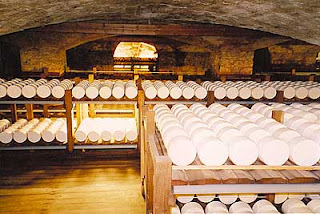 Ever since I began making my own cheese, I had to find a way of aging it. Most cheese is aged for months, sometimes even years. Traditionally, especially in Europe, a cheese cave is used because of the perfect specific cheese aging conditions. The home cheese maker has to find a replacement for these cheese caves for aging their cheese. 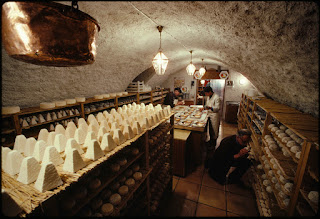 Not all cheese has to be aged. Mozzarella, for example, can be made and eaten in the same day. Cheddar, however, has to be aged for weeks before it develops its trademark flavor. The longer a cheese ages, the sharper it gets. Some extra sharp cheddars are aged for years at a time.

"Wait, Andrew, are you saying the cheese I buy in the store has been sitting on a piece of wood in some cave for months???" Yes, actually, that's exactly what happens.


In factories and for the commercial cheese producer, a room with temperature and humidity controls suffice for underground cheese caves of the past, but the idea is the same. The cheese you eat has been sitting around in some room for weeks or even months before it ever makes it to your table. 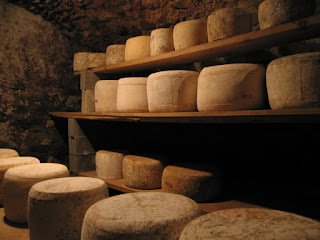 So why a cave? Well, cheese needs to be aged at 55 degrees with a humidity at about 80% and that's pretty much how a normal underground basement or cellar is on its own, making it an ideal setting for the cheese aging process. When a natural cave wasn't around, cheese makers started digging into hillsides to create tiny caves, just for their cheeses.

My cheese cave is simply a wine cellar refrigerator, which is a modern way of keeping wine. However, it can also be used as a cheese cave and that's what I have to use because there are no basements or cellars in Texas.
The cheese you eat from stores is probably all aged in controlled factory environments, but if you get some imported cheese, you might actually get to eat a true cave-aged cheese!

Here are some amazing examples of cheese caves from around the world! Each one makes me want to pack up my stuff and move in! 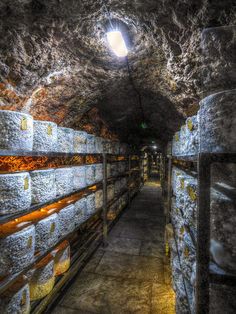 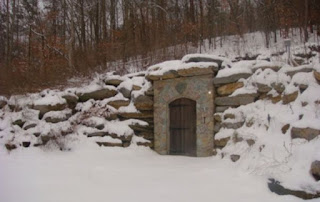 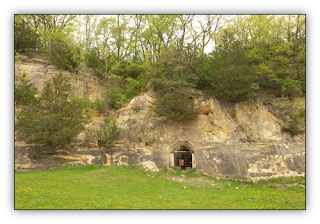 If caves have taught us anything, it is that awesome things come from them. Whether it be lions, bears, Neanderthals, wine, Batman, or cheese, a cave is going to produce something really awesome but that's just my two cents.