ROBIN HOOD vs. LEGOLAS vs. CUPID vs. GREEN ARROW vs. HAWKEYE vs. DARYL vs. WILLIAM TELL vs. KATNISS vs. ME

These well known bow and arrow slinging characters never had a chance to face each other....UNTIL NOW. I wanted to know what would happen if all of these bow using people had a big tournament to find out which one is truly the best at shooting arrows. I created a fictional contest to find out who really was the best of all time. This is an archery contest for the ages! I have also entered the contest because I once won an archery contest as a child, which I feel qualifies me to go up against history's most famous arrow slingers. Who will win and who will quiver in fear??? (smart joke)

I swear I put these names into a hat and drew them randomly. I can't make this up people, I really have a lot of time on my hands. So here we go! The bracket to start off our tournament BUT FIRST, I will introduce each character just so we all know who I am talking about here. 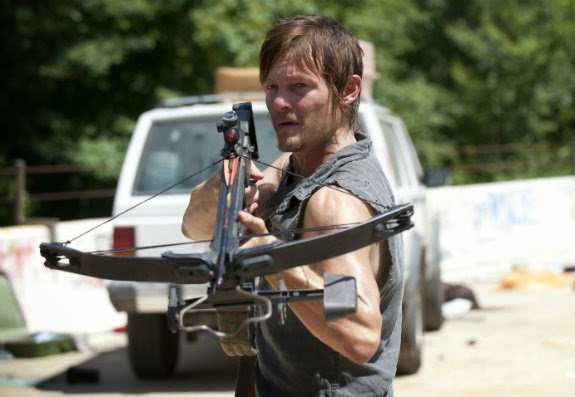 Daryl from The Walking Dead.
Daryl Dixon uses a crossbow, not sure it should count in this tournament because the rest use an actual bow but I let him in because so many of us know and love him. He is living in a zombie filled world just trying to survive day to day. He is deadly with many things but his weapon of choice is the crossbow. Many zombies have met their end from an arrow shot by Daryl, but does he have what it takes to be the best??? 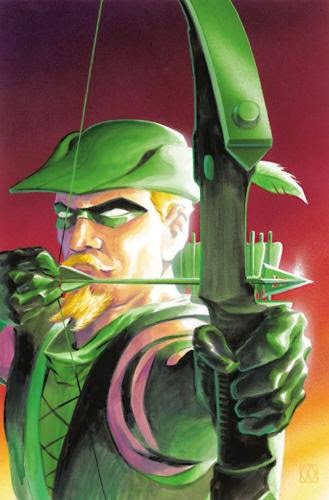 Green Arrow DC Comics Superhero
Oliver Queen, billionaire businessman crime fighting superhero that uses archery. He first appeared in 1941 so he has been around for a long time. He is a part of the Justice League and although has some trick arrows, was asked to only use normal arrows for this competition. How does he stack up against the rest of our fictional contenders? We'll soon find out. 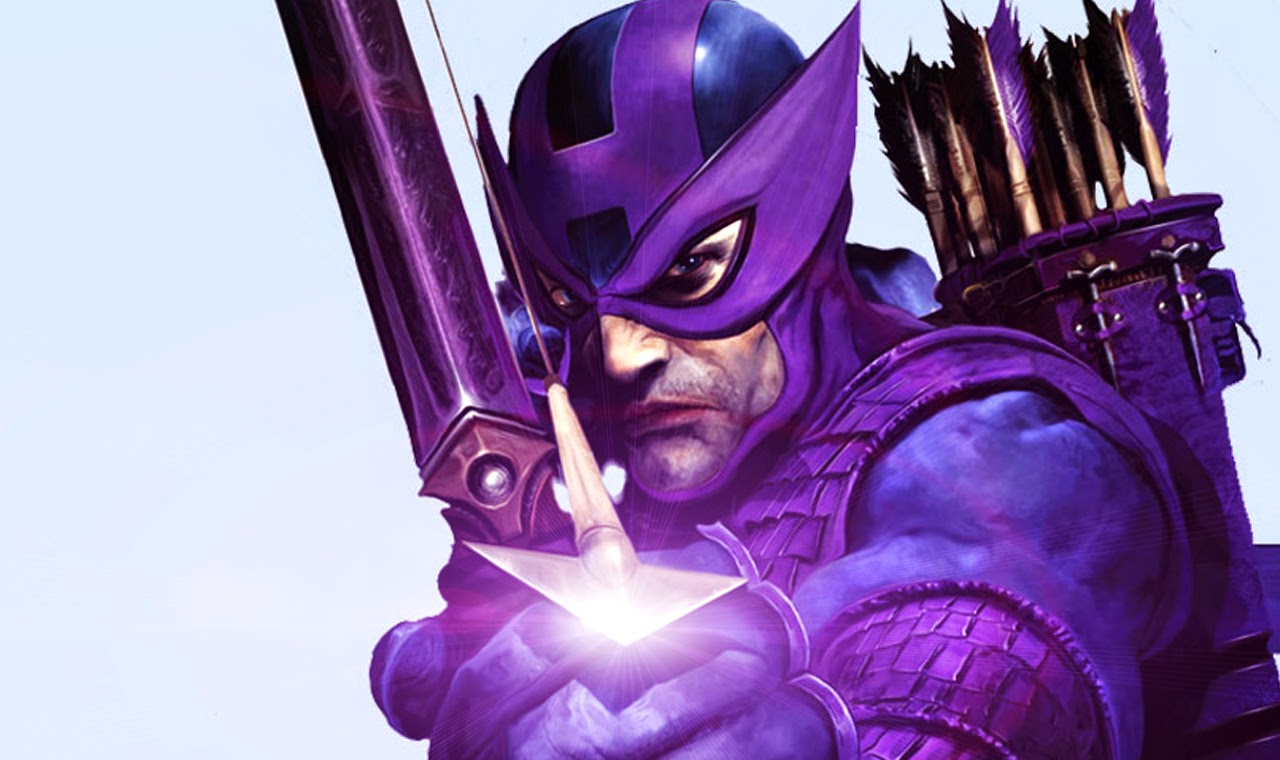 Hawkeye Marvel Comics Superhero
Clint Barton, member of the Avengers, was created in 1964 by Stan Lee and also uses archery to fight crime and combat evil! He does not have an actual superpower though. An obvious rip off of Green Arrow, Hawkeye was raised in a circus where he would do trick shooting and earned the name, "The World's Greatest Archer." Let's find out if he really lives up to that title! 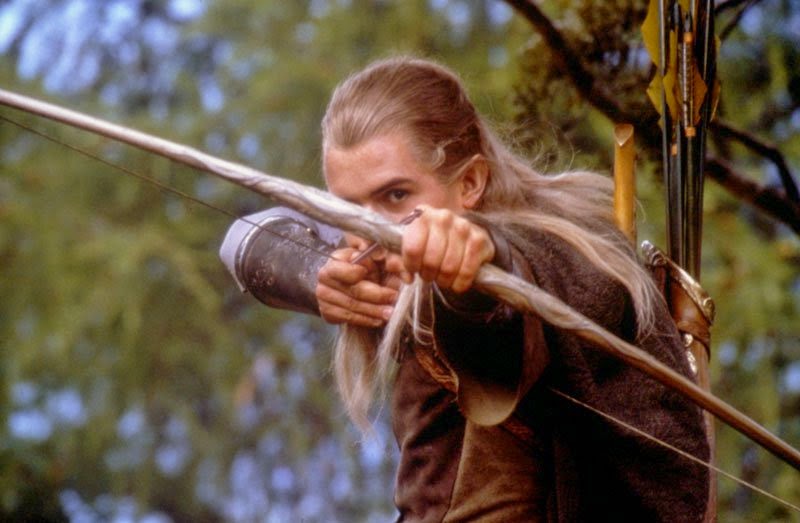 Legolas from Lord of the Rings
Legolas was the son of the Elf-King of the woodland realm. He is deadly with his Elven long bow, it is over 6 feet long and is said can send an arrow with fatal force over 400 yards. Elves have better eye sight and hearing than humans and with these skills Legolas, who is revered for his archery skills, will be a worthy opponent! 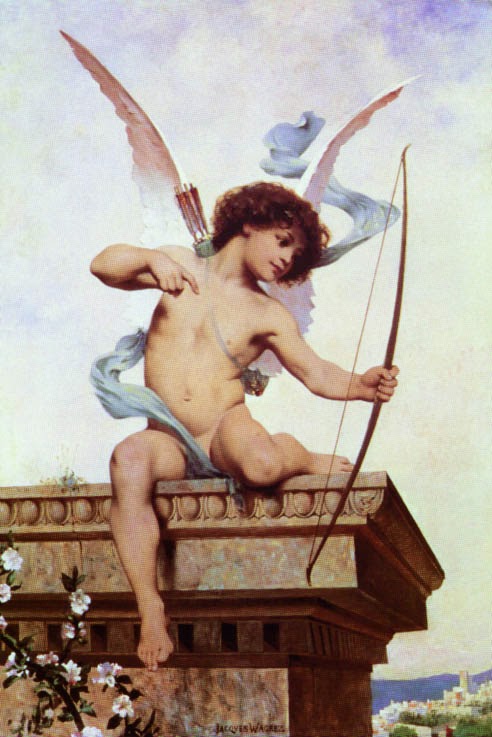 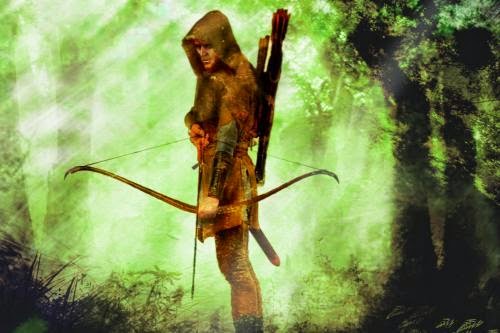 Robin Hood from English folklore
Robin Hood, the heroic outlaw that steals from the rich and gives to the poor! Living in Sherwood Forest with his band of merry men, Robin was well-known for being a skilled archer. The famous contest where Robin splits an arrow in two after it has hit the bull's-eye is exactly the kind of shooting he will need to have to win this contest! 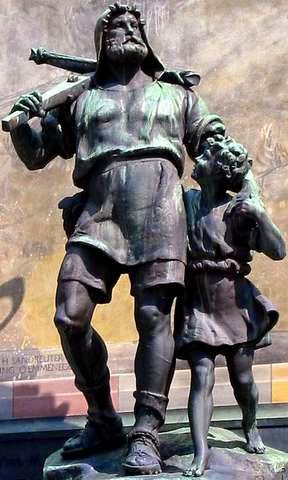 William Tell from Swiss folklore
We all know the William Tell Overture and love it. Legend says when this badass refused to bow to a hat, he was forced to shoot an apple off his son's head. Can you imagine how that conversation with his wife would have went if he had missed??? William Tell used a crossbow to split the apple in two but can he beat these fictional characters without the help of his son's head?? We'll find out! 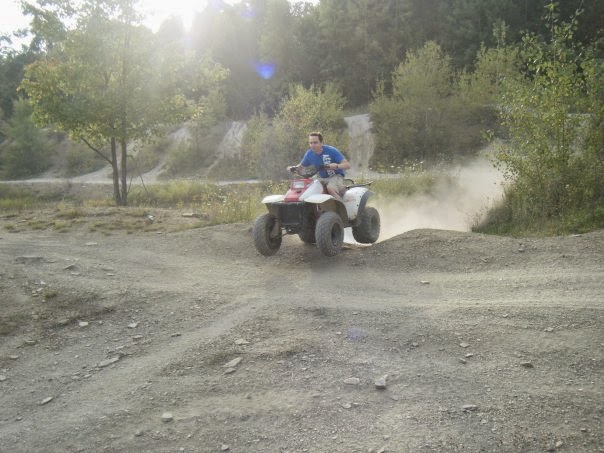 Andrew the writer of this blog
I won an archery contest as a kid one time by hitting the dead center of the bulls-eye with my first shot. I feel that qualifies me enough for this match up.


With an odd number of people entered into this contest, one of them will have to sit out the first round. I put the names into the hat and the last one that is not chosen will win the first round-bye. I swear my name was the last name so it means Andrew advances to the second round! I swear that really happened, I seriously drew these names and mine was the last one left over because it was an odd number, I didn't look or anything. No one is going to believe that and there was no way I could have made it to the second round but that's what happened! 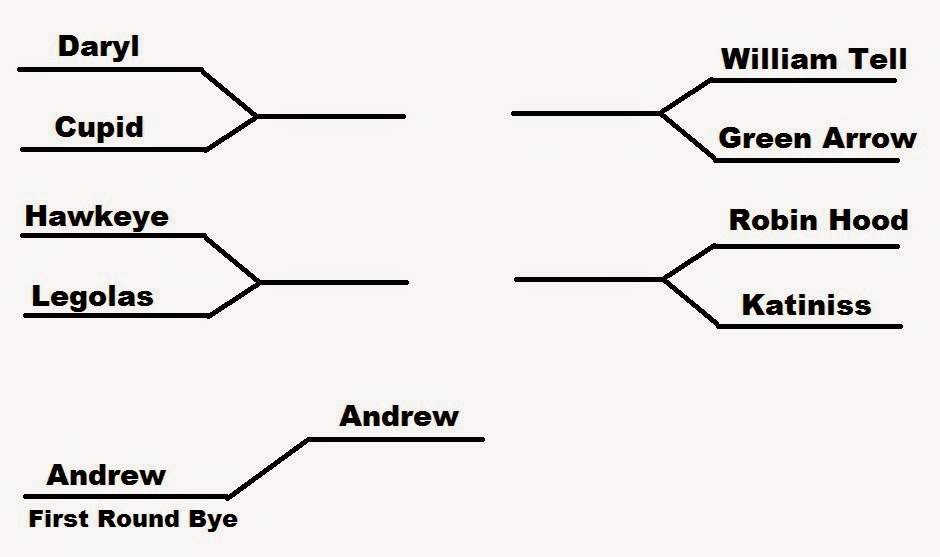 CUPID VS. DARYL
In our first match Daryl from the Walking Dead goes up against the well known God of love and symbol of Valentine's Day, Cupid. The flying boy archer that strikes our hearts with love will face a man living in a post apocalyptic world where he uses his crossbow just to stay alive. Head to head we have a human being verses a god, not a very good match. While Daryl has done some pretty amazing fancy shooting just to stay alive, he doesn't measure up well in a contest. Cupid carries two kinds of arrows, one that causes desire and one that causes desire to flee. Daryl would not be able to hit the flying deity but would be struck by the lead tipped arrow causing him to want to flee. Besides with Daryl going from badass to crybaby in recent seasons, I think he would probably be afraid of Cupid and run off anyways. Either way he'd get shot and be out of this tournament. WINNER: CUPID 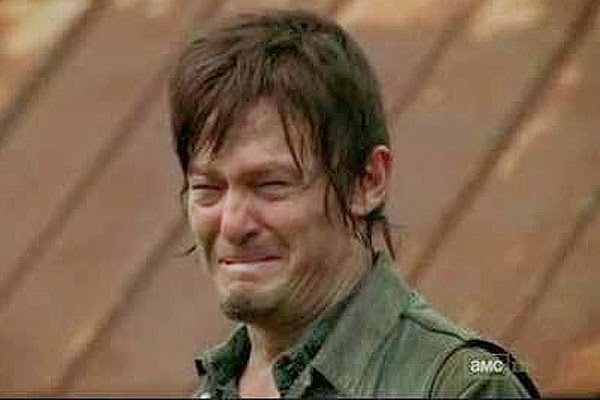 LEGOLAS VS. HAWKEYE
Now we have Legolas Greenleaf, the Mirkwood prince to face another superhero, Hawkeye. With speed and agility combined with far superior eyesight and reaction time, Legolas will have put 5 arrows into Hawkeye before he could get one out of his quiver. Hawkeye was just a human with amazing ability but no true super powers. Unfortunately this match would be over very quickly and Legolas, having no hesitation to kill a human, would have another big advantage. I will say Hawkeye would make a valiant effort to get a shot off, but it would be over before he knows it. WINNER: LEGOLAS 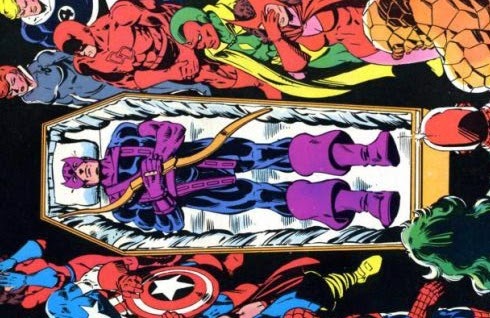 ROBIN HOOD VS. KATNISS
A fight for readers everywhere! The Prince of Thieves squares off against the symbol for the rebellion! Truth be told Katniss would never join this competition so we had to tell her it was either her or her little sister. She would then join reluctantly. Robin Hood on the other hand would join immediately to prove he is the best archer in all the land! Fighting for her life is something Katniss has not only done before, but has done quite well. No tricks this time though and Katniss would have to shoot another person without hesitation. She wouldn't be able to do this, not as fast as Robin Hood would. He wouldn't wait and yet, he would have extreme difficulty shooting a lady. They both hesitate but Katniss would hesitate a tiny bit more giving the edge to Robin Hood. She would wound Robin but not fatally and his arrow would find its mark. WINNER: ROBIN HOOD 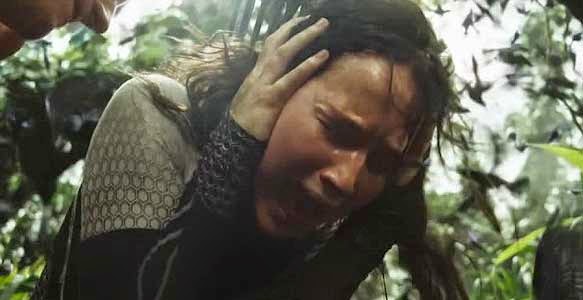 SECOND ROUND
Since Cupid was the first winner it is only fair that I will have to face him. The winner of that will face Legolas. On the other side we have Green Arrow against Robin Hood. 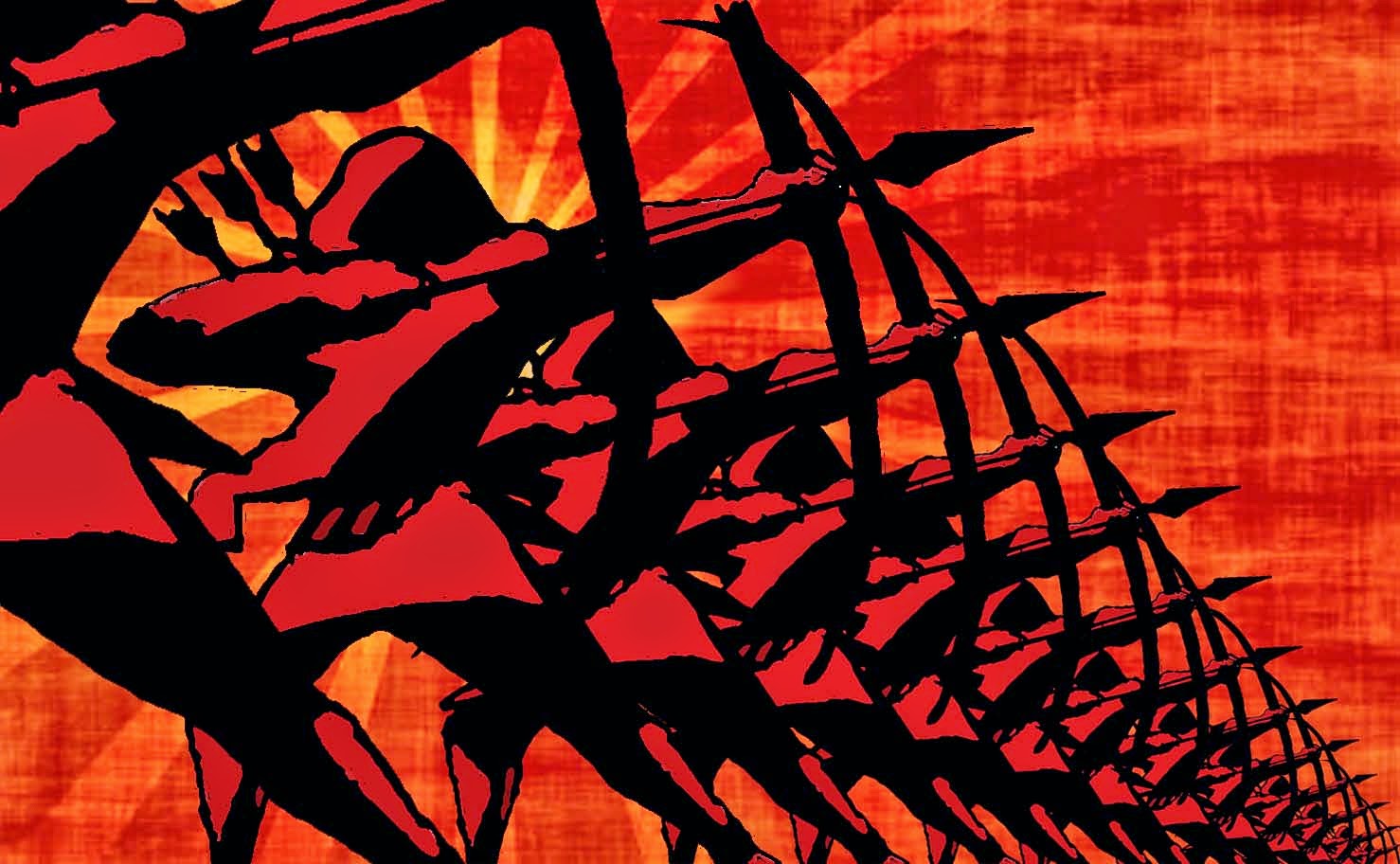 CUPID VS. ME
In the first match up Cupid verses Andrew, I feel I would get an arrow off towards Cupid's general direction. I'm sure it would miss him by a lot and before my arrow was even in the air I would have already been shot by one of his arrows. Thank goodness he doesn't kill anyone and I would be stricken with love. Unable to focus on the task of shooting that naked flying baby, I would just wonder away from the contest singing love songs to myself. WINNER: CUPID 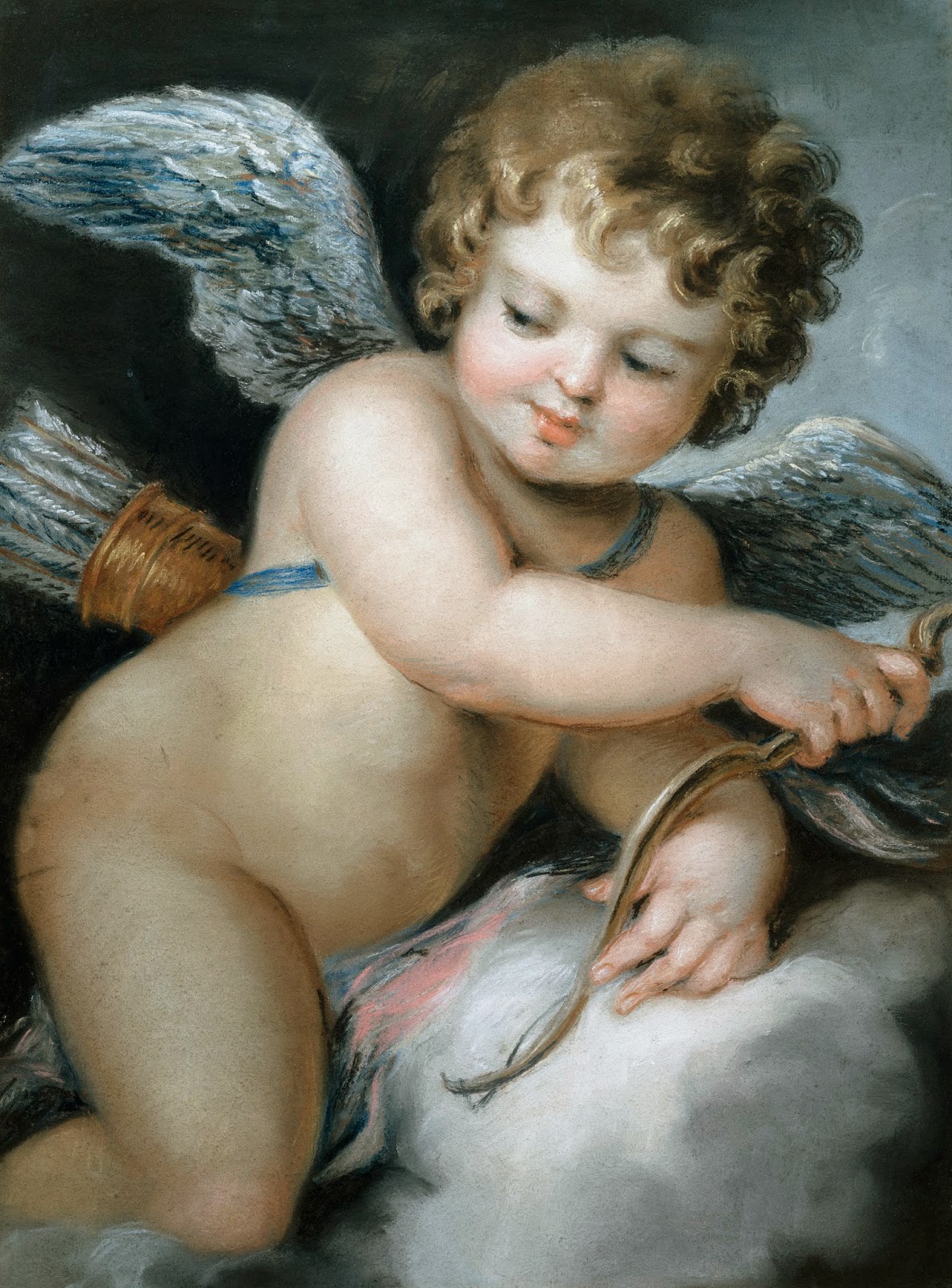 ROBIN HOOD VS. GREEN ARROW
The second fight has Green Arrow VS. Robin Hood. Again Green Arrow would face a moral dilemma about shooting an innocent person that was also forced into this stupid archery contest. He would also still feel pretty bad for shooting another person that did nothing wrong to get to the second round so he really wouldn't want to do this too. Robin Hood on the other hand would love to win this event and he would feel much better going up against a man instead of a woman. Robin Hood would not hesitate this time but Green Arrow would and that is why Robin Hood would just barely slay Green Arrow in a narrow victory. WINNER AND ADVANCING TO THE FINAL ROUND: ROBIN HOOD 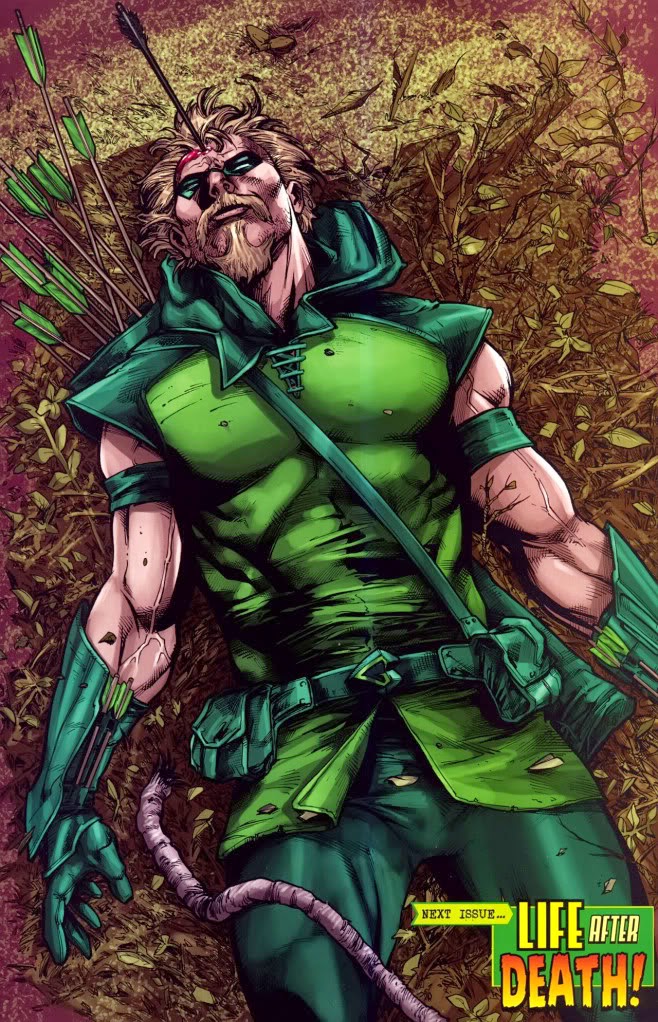 CUPID VS. LEGOLAS
Cupid and Legoas will now have to face each other for a chance to go to our final round. For this to be fair we had to make Cupid drink the same potion that made Hercules mortal. He did it and was quite pleasant about it actually. Two non-humans face each other for a chance to go to the winner's circle to face Robin Hood! Now that Cupid is mortal just getting a shot to hit him as he flies and fires back would take a whole lot more than any man could do....luckily for Legolas because he isn't human. I feel a few shots would be fired back and forth but the skill of killing and the experience would go to Legolas and he would take out Cupid as hitting a moving target wouldn't be that difficult using his Elven eyes. WINNER AND ADVANCING TO THE FINAL ROUND: LEGOLAS 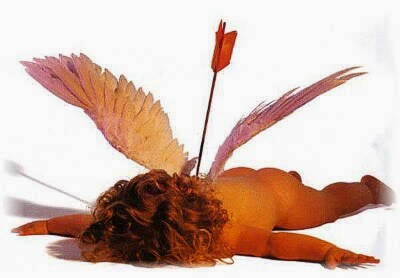 FINAL ROUND, ROBIN HOOD VS. LEGOLAS

Now what you have all been waiting for! The final round and championship match-up! ROBIN HOOD VERSES LEOGLAS. What a match! Probably the most famous archer of all time, Robin Hood, going up against the fan favorite of the Lord of the Rings movies and books, Legolas! 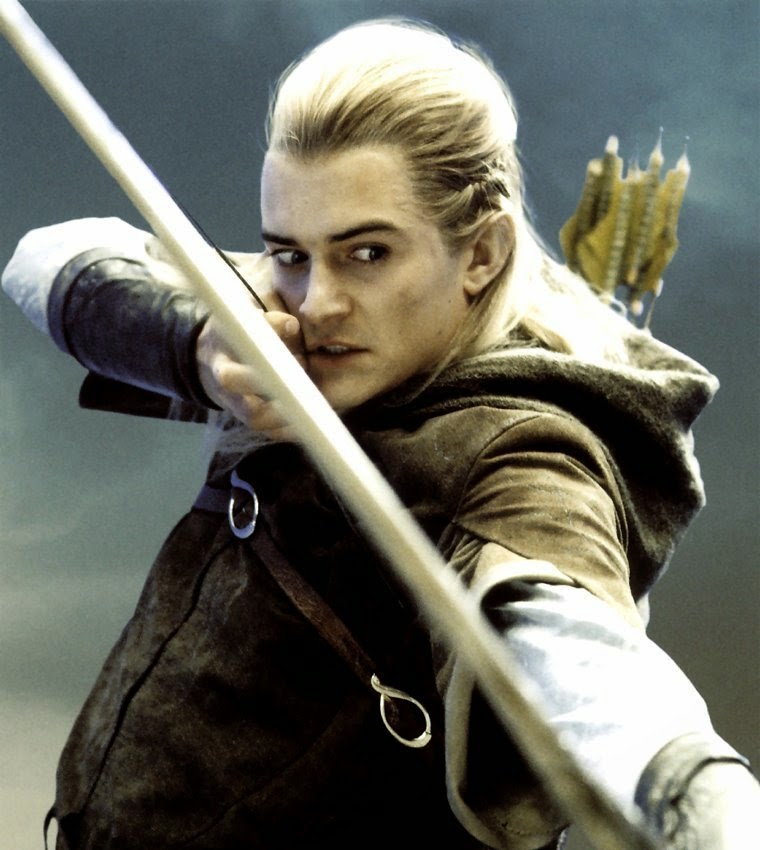 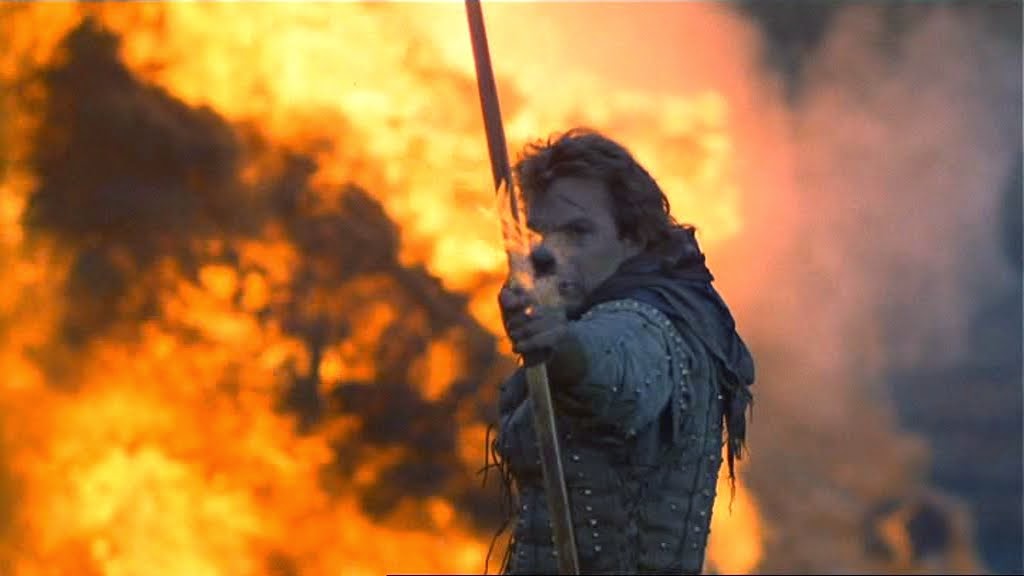 Robin Hood knows he's up against a very powerful and worthy adversary. Legolas, on the other hand, isn't too afraid of a human but he still respects his opponent. Robin Hood would pull out all the stops and get one of his flaming arrows ready. Legolas would prepare to use his speed and accuracy on Robin Hood. I feel Robin Hood would be worried about not getting his shot off first, and he wouldn't, Legolas would shoot at Robin Hood but Robin's blazing projectile would split Legolas' arrow in two, but the problem was, Legolas would have shot two arrows at one time. One would be split by Robin's fire arrow but the second one would find its target, Robin Hood's heart. In a quick motion this match would be over and legolas would remain standing. 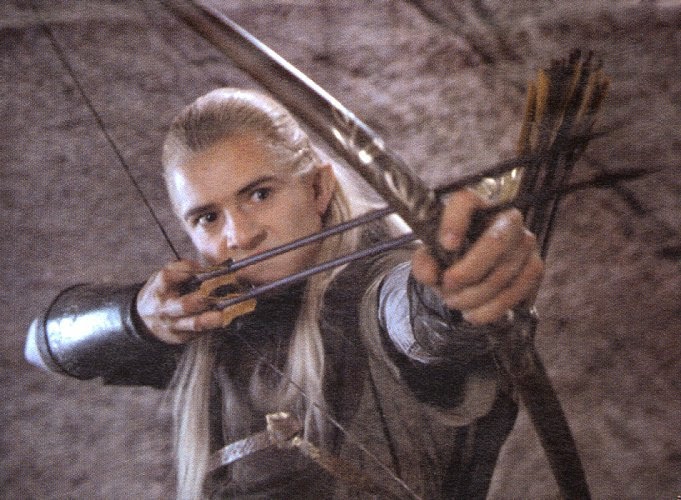 WINNER, AND BEST FICTIONAL ARCHER OF ALL TIME, LEGOLAS GREENLEAF. 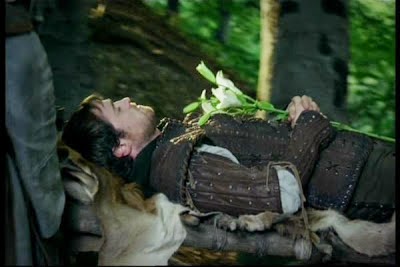 Well there you have it! The best and most famous archers of all time in an epic show down that can only have one winner! Thanks, and hope you enjoyed reading about my fake made up archery contest!

Ran across this in a Google Image Search. Nice contest!

Actually, with the contest of these various characters, how many of them were true individuals, not fictional characters?